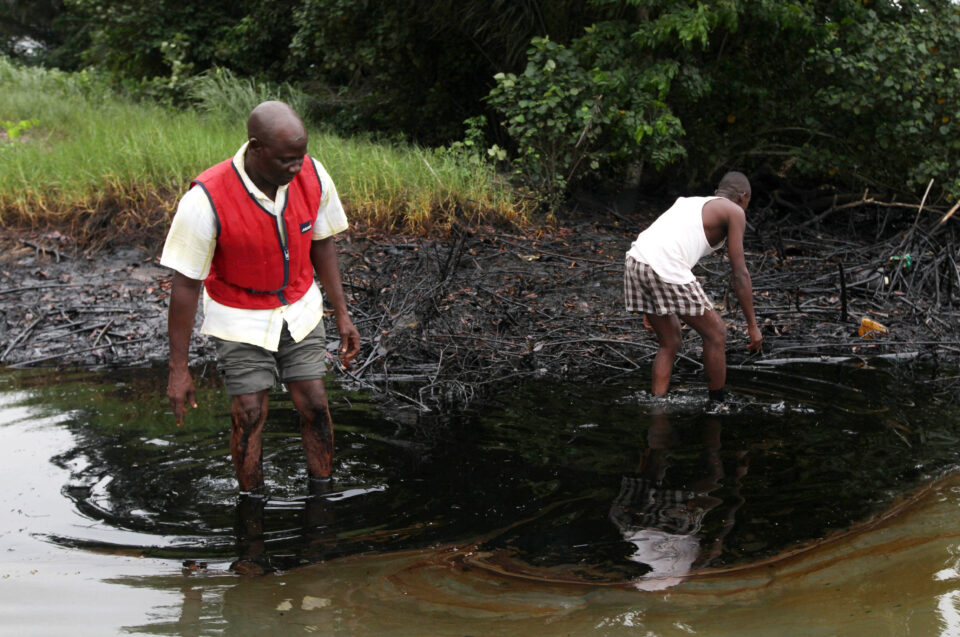 FILE – In this June 20, 2010 file photo, men walk in an oil slick covering a creek near Bodo City in the oil-rich Niger Delta region of Nigeria. Oil production has contaminated the drinking water of at least 10 communities in the Ogoniland area but neither the Nigerian government nor Royal Dutch Shell’s Nigeria subsidiary have taken effective measures to restore the fouled environment, said the new report by Amnesty International, Friends of The Earth Europe, Center for Environment, Human Rights and Development, Environmental Rights Action, and Platform. (AP Photo/Sunday Alamba, File)

Four Nigerian farmers have won a case against oil and gas giant, Royal Dutch Shell, after a 13 year long battle.

The farmers who accused Shell of pipeline leaks that destroyed their farms in the Niger Delta area have won their 13 year battle in a Dutch court.

Sky News reports that an appeal court in the Netherlands ruled against the oil giant. This means Shell would now be compensating the farmers for the leaks from a pipeline in the Niger Delta which covered an area equal to 60 football pitches. 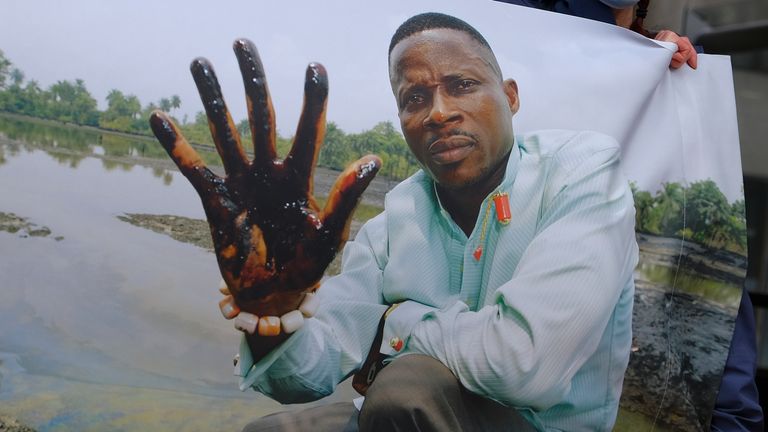 Little action has been taken to clean up pollution caused by oil production in Nigeria’s Niger Delta region, either by the government or Shell Oil, Amnesty International and other groups charged Monday. Aug. 4, 2014.

The Niger Delta is Africa’s most important oil producing region but sadly, the poor community have paid a heavy price for that. It is one of the most polluted places on earth.

For decades oil spills have been damaging the environment and devastating lives in this part of Nigeria. Little action has been taken to clean up pollution caused by oil production in Nigeria’s Niger Delta region.

“I Stand Against Silhouette Challenge” – Gospel ...