What Is Happening In Orlu? Everything We Know About The Military Occupation 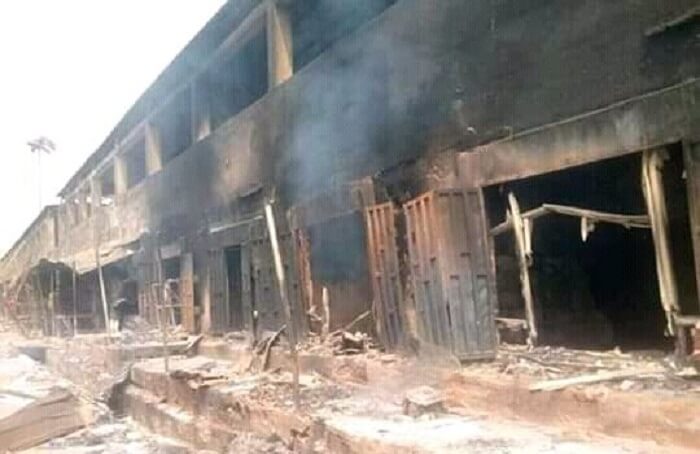 What Is Happening In Orlu? Everything We Know About The Military Occupation

There has been a military occupation in Orlu local government area of Imo state, Nigeria, leading to deaths and injuries.

Footages from various users on social media showed soldiers shooting into the streets of Orlu, Imo State on Monday, January 25, 2021.

What Do We Know About This?

There have been claims by several social media users that soldiers had assaulted a group of men who were having drinks in a neighborhood bar in the community.

The young men fought back and injured one of the soldiers. This led to a a hasty retreat and a return of the military men in Hilux trucks shooting at everything and everyone in sight.

One Twitter user, Golden Marvin, who was present in Orlu as at the time of the shootings describes his experience below.

According to him, “If we’re to be honest some masked men in cars, highlander jeeps and a Hilux were the first to go about destroying things and even ended up in the area concentrated with the Hausas. Killing and destroying things. The military came to restore order.”

Another report claims that members of the Eastern Security Network (ESN), the militant arm of the proscribed Indigenous People of Biafra (IPOB), had clashed with soldiers in Orlu.

What followed was a duel between both sides forcing many residents of Orlu local government to flee from their homes.

Police spokesperson Ikeokwu Orlando told Premium Times that there is indeed a military operation ongoing in Orlu but refused to offer further details.

How Is Orlu Right Now?

The governor said: “This afternoon, I received a very disturbing report on the activities of a group of militants who unleashed a shooting spree in the Orlu area of the state, killing and maiming innocent citizens in the process.

I am totally appalled by this sad report which appears to paint a picture of a near breakdown of law and order in the Orlu area. The government condemns in its entirety this act of extreme hooliganism and brigandage.

This is completely unacceptable to this administration. Those behind this callous barbarism will surely regret their actions.

Consequently, I have directed the security agencies to fish out without fail, all those behind the carnage and immediately bring them to book. Let no one be in any doubt that the perpetrators of this dastardly act will ever escape justice. I assure them that they will pay for their cruelty against a peace-loving and innocent people.

All law-abiding citizens are advised to comply strictly with the curfew as announced. Anyone caught violating the curfew will be treated as a suspect.

The government wants to assure all Imo people that the situation in the Orlu area is under control. Security operatives have been deployed on a 24-hour patrol of the zone.

Equally, every security measure necessary has been put in place to ensure that law-abiding citizens can go about their businesses in the affected areas without any fear of molestation.”

”Some Of The People Who Signed The ...