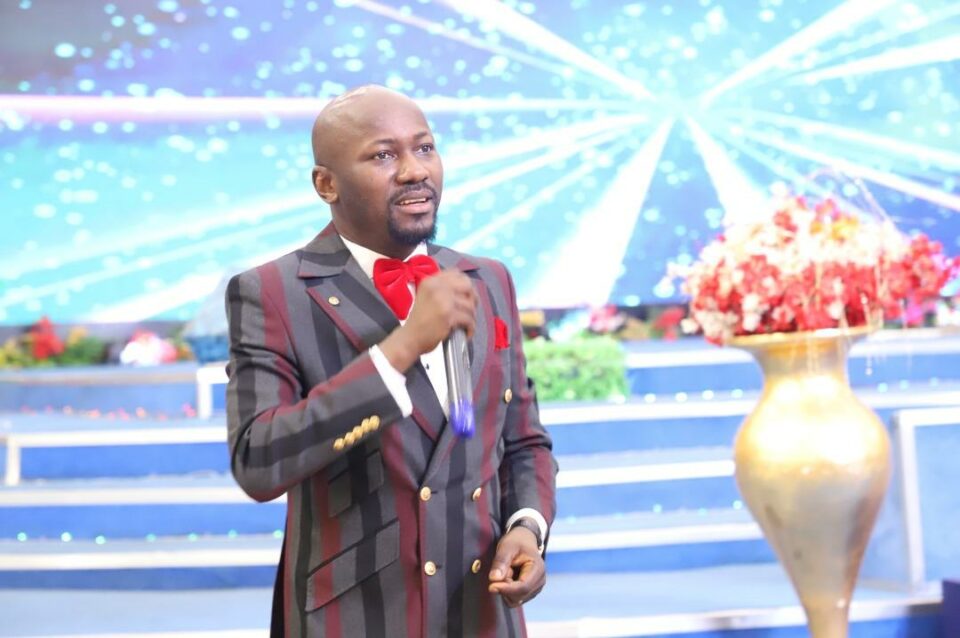 Popular Nigerian cleric, Apostle Johnson Suleman has reacted to claims that he is being investigated by the police.

A major rumor has been making rounds that the head of the Omega Fire Ministries, Apostle Suleman is being investigated for sleeping with a former pastor’s wife.

However, the pastor has boldly debunked such reports. According to him, there is no truth in these claims.

The former pastor whose name was given as Pastor Mike Davids, reportedly filed a petition to the office of the Inspector General of Police claiming that Apostle Suleman slept with his wife, Pastor Faith Edeko.

The pastor even shared a viral video to buttress his claim and in his reaction, Apostle Suleman said;

“Burna Boy Was Not Paid To Feature ...