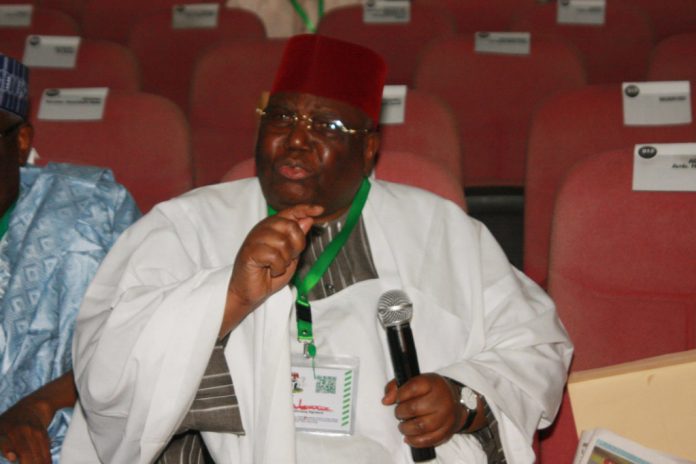 The former Inspector General of Police Gambo Jimeta has died.

Garba Shehu who happens to be the Presidential spokesperson disclosed the news of his demise via social media where he described him as “a great son of Nigeria who lived for the nation and served with all his strength”.

Conveying the condolences of his family and that of the government and people of Nigeria, the President describes the late crack police detective as “a man of great courage, intellect and a true Nigerian Statesman,” adding that Today, Nigeria lost a great son. He lived for the nation and served with all his strength.

May Allah bless his soul and give fortitude to the bereaved family, the government and people of Adamawa State to bear this irreparable loss,” President Buhari prays.

Until he death, Jimeta served as IGP from 1986 to 1990, also served as national security adviser (NSA) to former head of state Ibrahim Babangida. Also, he was the representative of Adamawa state to the national conference held in 2014.