Sriwijaya Air flight 182 Crashed Shortly After Take Off Near Jakarta 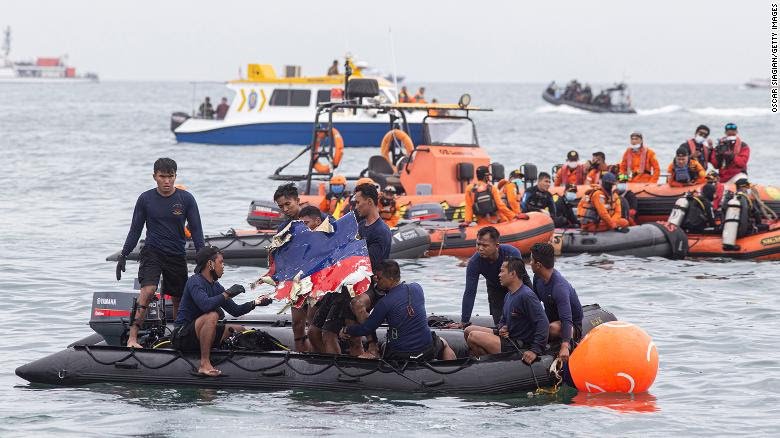 The Indonesian Sriwijaya Airplane carrying 62 people that lost contact with air traffic controllers minutes after taking off from Indonesia’s capital on a domestic flight on Saturday apparently crashed shortly after takeoff.

The airplane reportedly plunged into the ocean minutes after takeoff on Saturday, with 62 people on board. Human remains and plane wreckage have been pulled from the crash site.

The crash site was confirmed Sunday morning by the Indonesian National Armed Forces and Navy divers were deployed to search for the wreckage.

Divers retrieved pieces debris from the site that are the same color as the Sriwijaya Air aircraft, a plane registration number, wheels from the landing gear and life vests have also been uncovered.

National Transportation Safety Committee (KNKT) teams have begun an investigation into the cause of the crash.