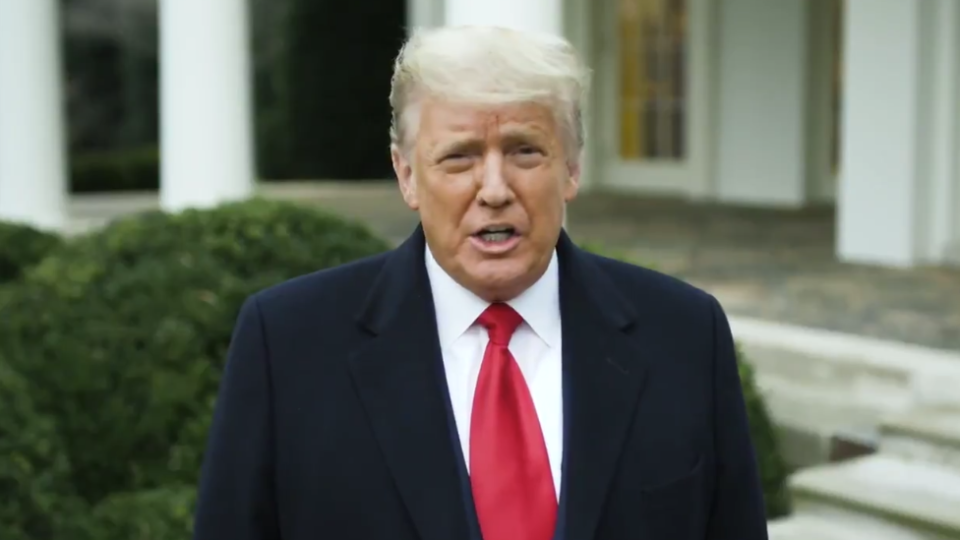 Both Facebook and Twitter Wednesday locked President Donald Trump’s accounts and removed two posts, after he tweeted support for rioters who stormed the Capitol Building.

Twitter said in a statement Trump’s account will be locked for the next 12 hours, meaning the president won’t be able to tweet until he also removes the tweets on his own.

As a result of the unprecedented and ongoing violent situation in Washington, D.C., we have required the removal of three @realDonaldTrump Tweets that were posted earlier today for repeated and severe violations of our Civic Integrity policy. https://t.co/k6OkjNG3bM

Facebook said Trump will not be able to post on Facebook or Instagram for the next 24 hours because his posts, on balance, contribute to “rather than diminishes the risk of ongoing violence,” Vice President of Integrity Guy Rosen said.

We've assessed two policy violations against President Trump's Page which will result in a 24-hour feature block, meaning he will lose the ability to post on the platform during that time.

Twitter warned that any future violations of its rules, including the company’s Civic Integrity or Violent Threats policies, “will result in permanent suspension of the @realDonaldTrump account.”

Chaos In Parliament House of Ghana Between ...