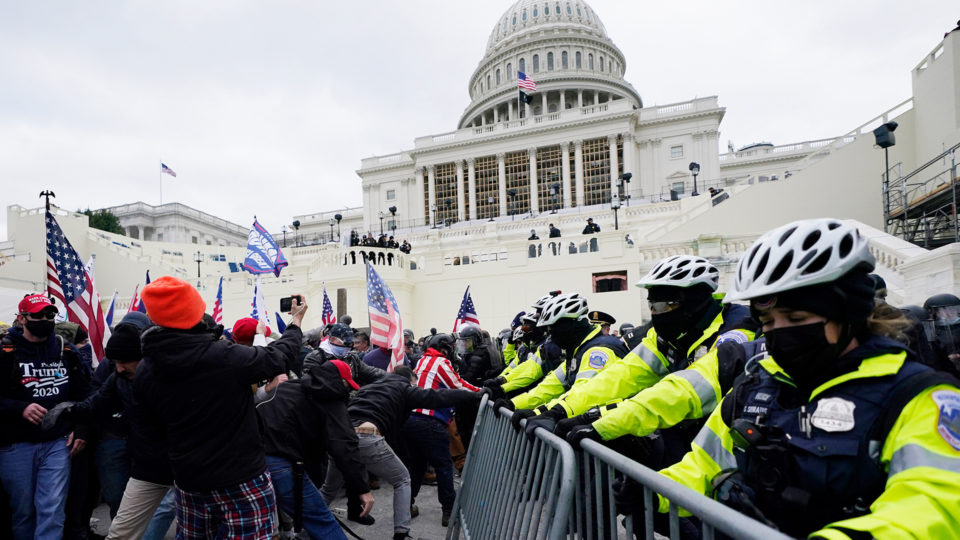 Thousands of Trump supporters stormed the US Capitol to protest against Congress vote to certify President-elect, Joe Biden.

Protesters can be seen breaking windows, throwing tear gas and unleashing anarchy at the capitol.

Trump continues to dispute the results, without evidence, and has encouraged his supporters to attend the rallies in the nation’s capital.

At the U.S. Capitol, protesters pushed past police to successfully enter the building as senators inside debated the certification of the presidential election.

Multiple officers have been injured with at least one transported to the hospital after the mob breached the building. One protester breached the chambers and sat on the Senate Presidents chair.

It is unclear at this time how many casualties are involved.