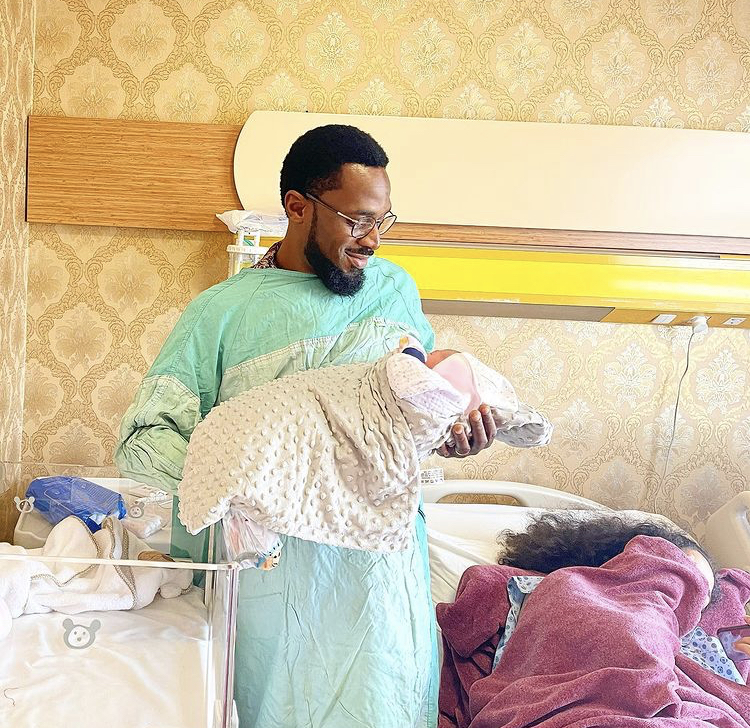 Singer Oladapo Daniel Oyebanjo, popularly known as D’banj, has announced the birth of his daughter.

The proud dad held his daughter in his arms and showered encomium on his wife for going through the stress of carrying another baby in her womb.

D’banj expressed gratitude to God for being faithful to his family as he showered encomium on his wife for her strength.
According to the award-winning artiste, he was surprised at how strong his wife was during the pregnancy

He took to his Instagram page to announce the good news.