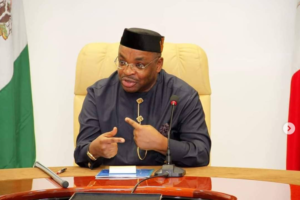 Don Davis, the 11 years old JSS1 student, who was said to have been molested in the Deeper Life High School, Uyo, has been transferred to the Sexual Assault Referral Centre in the state for further medical investigation. This was confirmed by the Akwa Ibom state government on Wednesday 30 December.

The commissioner for information,  Ini Ememobong, confirmed that the government is dedicated to unraveling the truth and will make sure that anyone found culpable will be brought to book. The case however has now been transferred to the police.

Recall that the deeper life high school also released a statement, handing over the entire case to the government and relying solely on their investigation findings.

It reported that the medical report gotten from private hospital, St. Athanasius Hospital, Uyo, did however not show that Don Davis was sexually abused or not. Mr Ememobong further stated that Don Davis’ parents alongside other interested parties consented for him to be taken to the referral center which is at the Immanuel General Hospital, Eket.

It was also reported that the commissioner for education, who investigated the sexual abuse allegation on behalf of the Akwa Ibom government, has been advised by the attorney general of the state to stay off the case, given that the police are now handling it.

The police spokesman, Odiko MacDon said, when the state government report is out, the police would study it to assess if there is any “criminal culpability.” He also confirmed that the Criminal Investigation Department of the police is investigating the case.