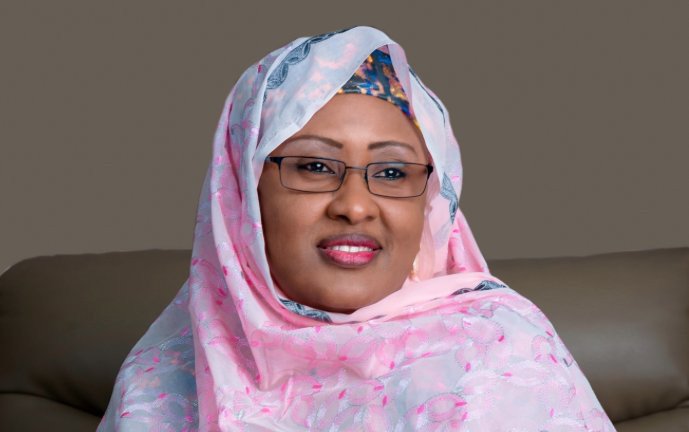 Aisha Buhari’s aide de camp, Aliyu Abdullahi, has refused to disclose or confirm the location of the First Lady weeks after reports claim she relocated outside the country.

The First Lady reportedly flew out to the United Arab Emirates months ago owing to alleged concerns over her family’s safety.

The personal assistant to the First Lady made this known during a Channels TV interview on Wednesday, December 30, 2020. When asked about her current whereabouts, Abdullahi said she’s entitled to her privacy, despite being married to the president.

“If she chooses not to speak on a particular subject at any point in time, she is entitled to her own right to privacy and that is where I wish to leave that issue as of now.

That is her own right, and she did not choose to speak at this time,” he said.

Recall that Aisha has been a vocal critic of her husband’s government, alleging several times that a cabal was controlling his administration behind the scenes.