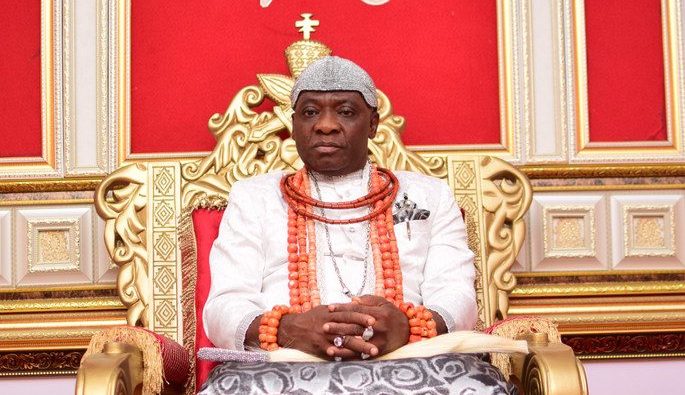 The Olu of Warri, Ikenwoli Godfrey Emiko, has reportedly died of the dreadful Coronavirus outbreak in his palace.

According to SaharaRepoters, the monarch passed on Monday morning, barely a week after his fifth coronation anniversary. The source claims the Olu of Warri death came weeks after he met with the late Major General John Irefin, who died of the dreadful virus earlier this month.

His council of elders and sub-chiefs are tightlipped on the death of the chief so as to not spark fear and lawlessness in the kingdom, says the source.

“Olu of Warri is dead but the palace chiefs are trying to keep the information hidden from the public till they are sure the time is right,”

He added that the palace staff has resorted to drinking strong alcoholic drinks trusting it to cure them of the virus if they have contracted it from the late monarch.

Comedian Ecovangel Becomes A Landlord In The ...