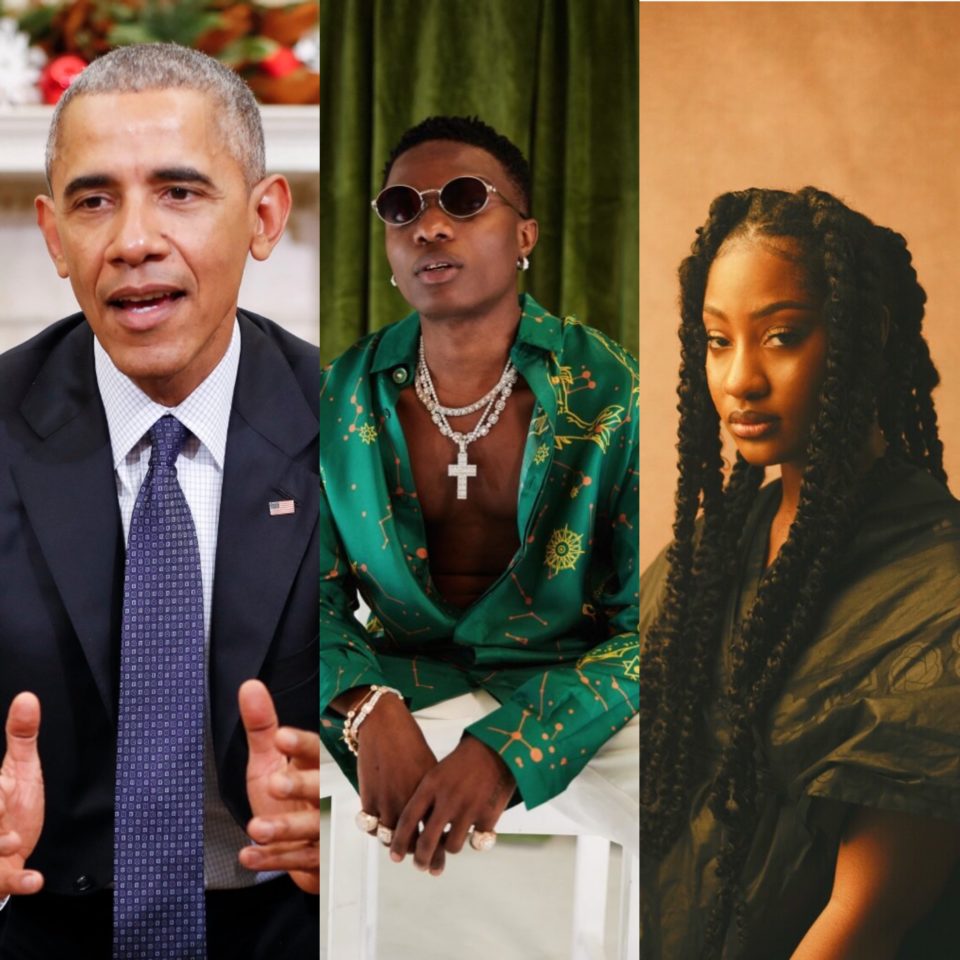 Afrobeat singer Wizkid and Tems have made it to the list of Barack Obama‘s favorite music of 2020 with their song ‘Essence’.

It’s such a great honor to make it to the favorite list of former United State presidents Barack Obama alongside some international artists.

Other African artists like Prince Kaybee Shimza, Black Motion and Ami Faku also made it to the list and their fans are so excited for them being able to get recognized by Barack Obama.