BBC Nigeria investigative journalist Oge Obi who has been identified as the brain behind the sex-for-grade documentary has reportedly committed suicide.

This comes after some journalists took to social media to call out Kiki Mordi, who they accused of “wrongly” passing off the Sex for Grades documentary as hers.

Nigerian investigative journalist, Ruona Meyer who uncovered the abuse of Codeine in Nigeria, made the allegation in reaction to Kiki being presented with 2020 Michael Elliott Award for African Storytelling. 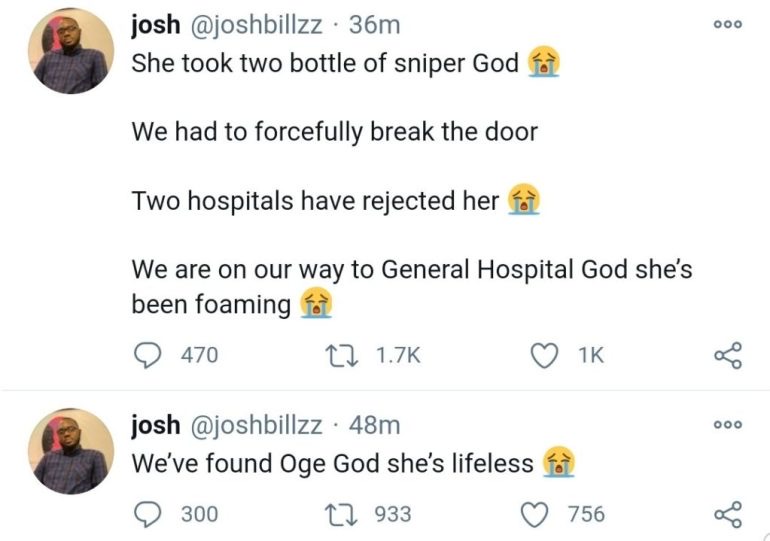 Anthony Joshua Knocks Out Pulev In The ...