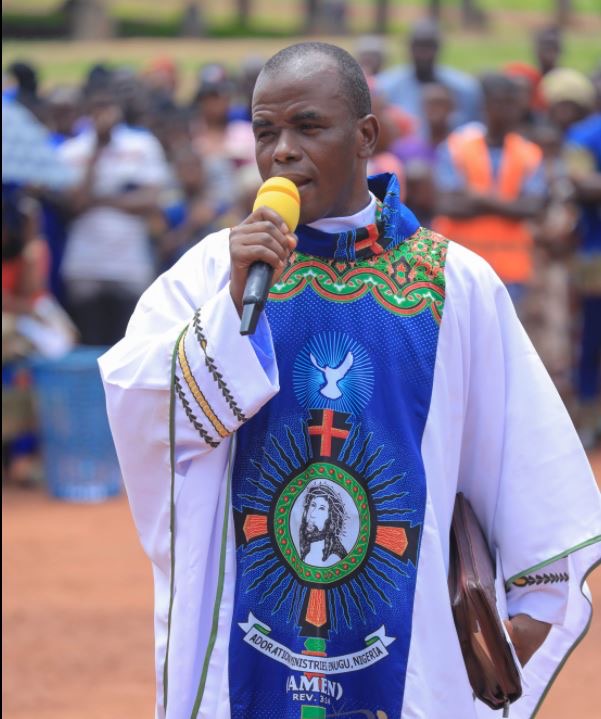 A Nigerian catholic priest, Rev Fr. Ejike Mbaka  and some of his church members  on Wednesday 9 December assaulted two BBC reporters, their driver and two others in Enugu State, South- Eastern Nigeria.

The journalists, Chioma Obianinwa , Nnamdi Agbanelo and their driver, Ndubuisi Nwafor, were accompanied by another Catholic Priest, Rev Cajethan Obiekezie and his assitant, Solomon Orakam.

Rev Obiekezie, who facilitated the interview had led the BBC team to Mbaka’s Adoration Ministry around 10am but the interview could not immediately hold because Father Mbaka was preaching.

The BBC crew led by Rev Obiekezie moved to Mbaka’s home after the church service to conduct the interview around 5pm.

When Mbaka got home, the journalists who were waiting in the car after Obiekezie went in to discuss with Father Mbaka, were suddenly surrounded by about 20 men.

According to Obianinwa, the men seized their equipment and threatened to kill them for writing ‘negative reports about Mbaka.’