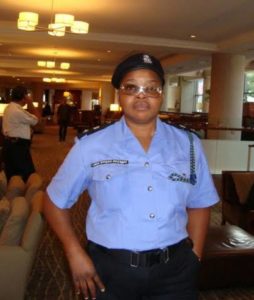 The retired Chief Superintendent of Police (CSP), Carol Afegbai, has sued the Edo State Judicial Panel of Inquiry for victims of SARS and related abuses for issuing a warrant of arrest against her after she failed to appear before it.

Recall that the panel had summoned Mrs Afegbai to answer questions on allegations leveled against her over the killing a 500 level student named Ibrahim Momodu of the University of Benin (UNIBEN), in 2015.

Mrs Afegbai however did not appear before the panel but rather has sued them for issuing an arrest against her. In the resumption of the panel hearing on Wednesday, 9 December 2020. Retired judge, Mrs Ehigiamusoe told Jefferson Uwoghiren who is a counsel to the family of late Mr Momodu, that the panel had been served court papers from the High Court stating a restraint from inviting Ms Afegbai for questioning.

Mrs Ehigiamusoe however stated that the panel will honor the restraining order in a bid to demonstrate to Nigerians that the panel has respect for the nation’s judiciary. Mr Uwoghiren however describes Mrs Afegbai’s actions as an ‘Ambush.’