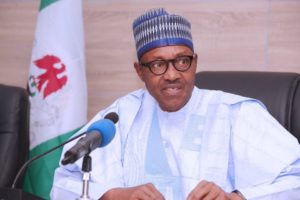 President of the Republic of Nigeria, Muhammadu Buhari

It Is no news that the Nigerian youths started a physical protest against the violence and killings by the Nigerian police, specifically the now disbanded unit, Special Anti Robbery Squad (SARS) In October. The protest however became a global concern which caused the foreign media to interfere.

On Tuesday, 20 October 2020 the Nigerian army fired live rounds at peaceful protesters who sat, waved their flags and sang the national anthem at the Lekki tollgate, Lagos. This raised an alarm in the country and across the world as well.

President Buhari however accused CNN and BBC of omitting the killing of police officers and attacks on police stations and prisons. Which in fact the protest was hijacked by thugs who looted and committed arson.

“I was disgusted by the coverage, which did not give attention to the policemen that were killed, the stations that were burnt, and prisons that were opened. (They said we are all at fault. We don’t have the sympathy of anyone. We are on our own.)” He was quoted by his spokesman, Garba Shehu.

The president has also warned against any ‘violent’ act in Nigeria. Stating that “democracy does not mean confusion or lack of accountability.”