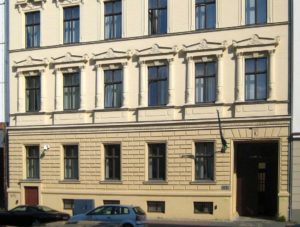 Martins Adedeji Oni, a security officer, in the Nigerian embassy in Berlin has been fired due to alleged sexual misconduct.

Mr Oni was reportedly suspended on Tuesday,17 November 2020 after reports of him asking for sexual favors in return for help with the renewal of passports got to the appropriate authorities in the embassy. His contract was later terminated following a thorough investigation process of the case.

The embassy immediately set up an Investigation Committee which was inclusive of interviewing Mr Oni and other witnesses for thorough scrutiny. Mr Oni was found guilty of violation of all relevant codes.

The embassy however, highlighted its zero tolerance for sexual misconduct and thanked the public for contributing greatly to serving justice.

“The Embassy is grateful for the help of the public in tackling such abuses. As public servants, we pledge to follow all due processes as part of our continuing commitment to deliver the highest ethical & professional standards in all our operations, also at Consular & Immigration.”