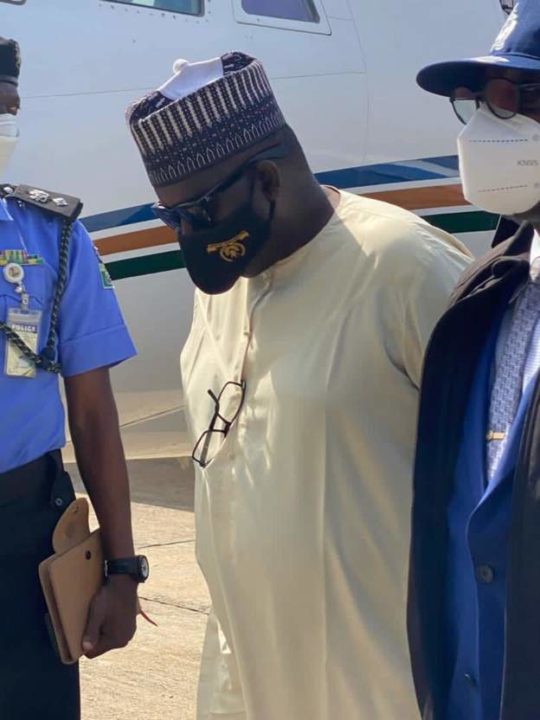 Former chairman of the Pension Reform Task Team (PRTT),  Abdulrasheed Maina, has been repatriated by the Nigeria Police Force on Thursday, 3 December, 2020 to Nigeria from Niamey, Niger Republic, where he was initially arrested after he tried to escape the country.

Recall that Mr Maina was arrested on on Monday, 30 November ,2020 through the collaborative efforts of the operatives of the Nigeria Police Force and their Nigerien counterpart.

The International Criminal Police Organization (INTERPOL) Nigeria, led by the Commissioner of Police INTERPOL, Garba Umar, after completing the necessary documentation and other repatriation processes, flew Mr Maina into Nigeria. The Inspector General of Police, IGP M.A Adamu has however assured that necessary legal actions will be taken.