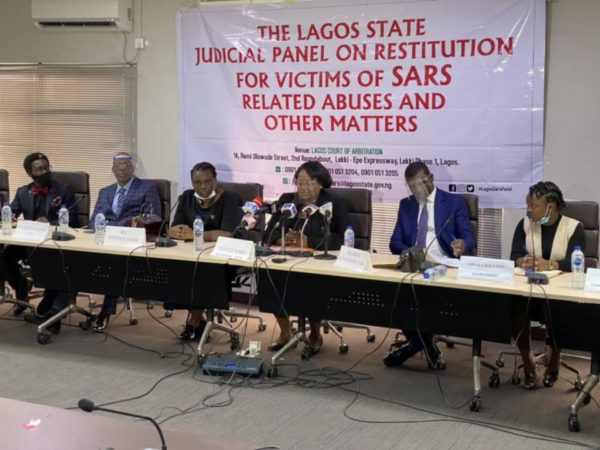 The Nigeria Police Force (NPF) has asked the Federal High Court (FHC) to stop all state judicial panels of inquiry created after the Endsars protests to probe allegations of police brutality and human rights abuses against them.

Recall that after the Endsars protests, state governors were directed by the National Economic Council (NEC) to establish judicial panels across the country in a bid to serve justice for all victims of the Special Anti-Robbery Squad (SARS) and the other arms of the police unit.

The NPF claims that the action of the governors “is unconstitutional, illegal, null and void and of no effect whatsoever.” The force has however filed a legal complaint to the FHC In a suit marked FHC/ ABJ/CS/1492/2020 which was filed by the NPF’s lawyer, O.M Atoyebi.

The force said that the establishment of judicial panels of inquiry by the state governors to investigate the activities of the force violates “section 241(1)(2)(a) and item 45, part 1, first schedule to the constitution and section 21 of the tribunals of inquiry act.”

Although the case filed by the NPF was listed for Thursday, 3, December 2020 it was rescheduled for Friday, 18, December as the FHC did not have a sit down.