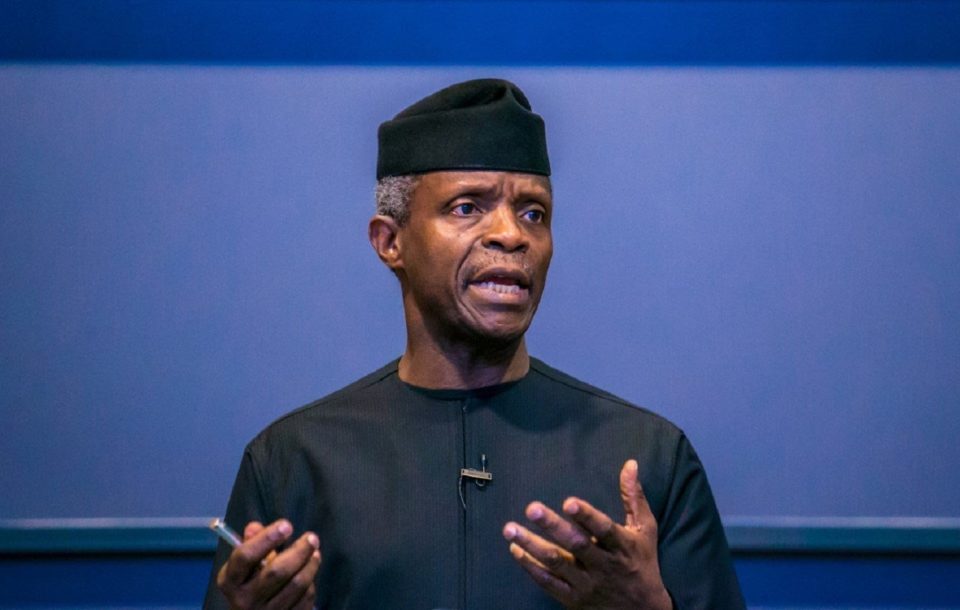 Vice-President Yemi Osinbajo has reacted to the Borno Killings, saying the federal government needs more local intelligence to speed up the supply of information in the fight against insecurity.

The vice-president said this in an address to the media during a one-day visit to Nasarawa state.

According to a statement from Laolu Akande, senior special assistant to the vice-president president on media and publicity, Osinbajo also spoke about President Muhammadu Buhari’s determination to crush insurgency.

He said he had spoken with the governor of the state to express his condolence.

“As the President said, these group of people have acted insanely in such a dastardly manner, killing innocent people, people who had gone to their farms to work,” he said.

“I spoke to the Governor, Governor Babagana Zulum and the former Governor, Senator Kashim Shettima to express my condolence, but more importantly, to try and think through ways of dealing with this kind of random attacks.

“We have to do a lot more local intelligence and some of the community policing efforts we are planning on, so that information is supplied faster, especially at the local level and then a reaction will then be possible.

Osinbajo said the president is taking a serious look at how to deal with the security issues, adding that the conventional ways of dealing with issues will be reviewed.

“It’s important to understand also that we will probably need to keep reviewing the conventional means of dealing with some of these issues, these security challenges, especially the randomness,” he said.

“Which is why the President has said that he is taking a serious look at how to deal with the issues, especially the randomness: some insane person goes into a place and shoots people, that is not the sort of thing that you are prepared for conventionally.”

Members of the Boko Haram sect had killed 45 farmers in Zamarmari area of Jere local government area of Borno state during the weekend.