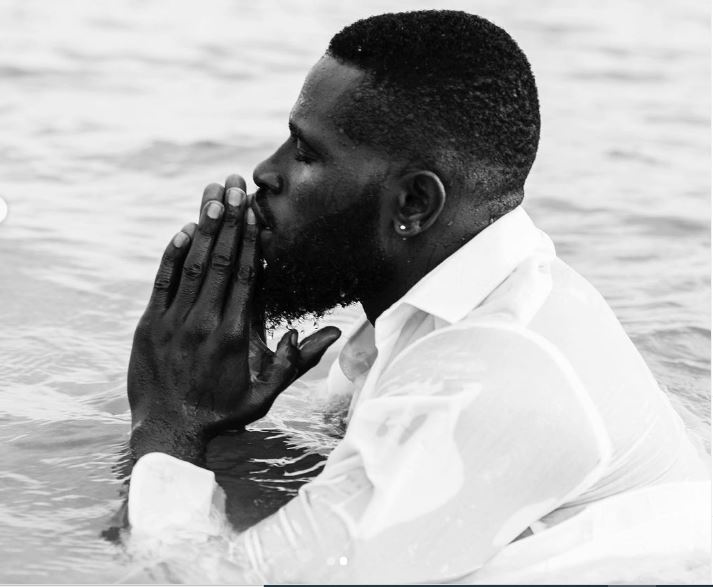 Nigerian actor, Gbolahan Olatunde also known as Bollylomo is back on Instagram following the rape allegations levelled against him early this year.

Recall that the actor was called out on Twitter for allegedly raping several women. According to the accuser, Bollylomo had molested and raped several underage girls at different points.

Now, the comedian is back to the gram sharing a photo of himself immersed in water with the caption,

“There’s a sense of calm you attain when you stay in solitude for a while, a deeper level of appreciation when you go into your head, having to rediscover; learning, unlearning and relearning everything you think you know.

And the part you appreciate is the opportunity to try again and again… till you can stand well enough for the next phase. #HappyNewmonth ????”

He also goes on to share a clip of himself talking about life, pain and battles. He wrote, “When everything becomes clear, you understand better and know nothing is more important than being at peace. Here’s to learning and growing ??? #Growth.”

But Nigerians are having none of it and some have even accused him of playing the victim while ignoring the actual victims who deserve an apology.

All of you welcoming bolly lomo back, I hope you have the worst of days

When tagging the commenters. Pls don't forget to tag those who liked the post. They are all apologists.

This comes seven months after the actor in a statement released via his Twitter page on Thursday, April 30, 2020, said this is not the first time he has been accused falsely of rape.

“While I do not wish to further fuel this flagrant falsehood, as this is not the first time these kinds of allegations of rape/sexual assault has been leveled against my person which I didn’t address as it was an unsubstantiated attempt to smear my name.”

To everyone supporting bolly https://t.co/2L3I9oiZgm

Bolly omo ologo 1g realized that it's December and shows go dey so he quickly resurfaced make he no miss out.

Bolly said “the coast is clear i can come out now” Baba we still remember oooo. And how far that lawsuit?

That Bolly’s videos is even cringe ! How can you be using peoples trauma to shoot movie ??

I think bolly thought we forgot. The plan was to disappear and reappear rebranded

That Bolly’s videos is even cringe ! How can you be using peoples trauma to shoot movie ??

Just saw bolly’s post and I have to laugh. What was that?