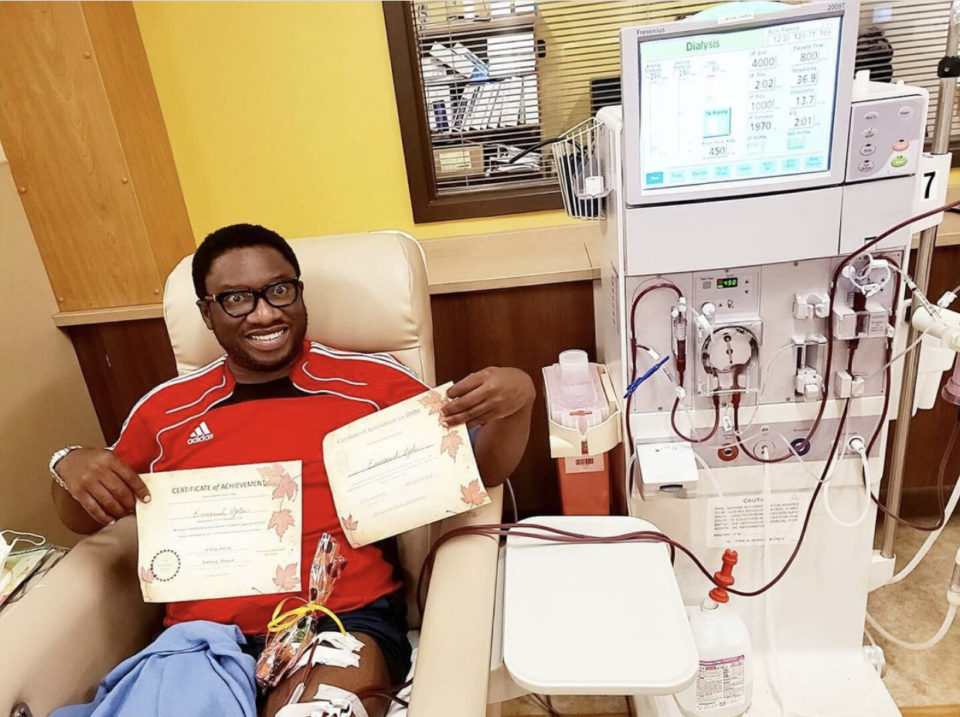 Nigerian media personality Emma Ugolee has opened up about his decade long struggle with kidney failure.

The TV host in a post shared via his Instagram page on Thursday, November 26, 2020, recounted all that he went through during his illness and how he survived.

“Look who is standing. Standing after about a decade since both kidneys failed. After a failed transplant and 22 surgeries of all sorts, from the thighs to the eyes. With several cuts and scars. After four 911 rides and several near strolls to the other side. After over 10 hospitals in 4 countries.

After 1,296.00 sessions of dialysis. After a colon cancer scare. After disappointments from men. After almost a million dollars. After bouts of depression Yes! Guess who is still standing? Standing healthier, standing stronger, standing wiser, standing more hopeful and zesty than ever.”

He went on to thank God and friends and fans for seeing him through the journey towards recovery.

“Doing everything he sets his mind to and making all his dreams come true In the same journey where the graves have claimed many, on a day like this when everyone is grateful. I look back and then I look up and say Thank you Jehovah,” he added.

“Look too at your journey and see that you too have every reason to salute the soldier in you. Keep fighting. NB: Grateful to all of you for the support here. #gratittude #thankfull.”