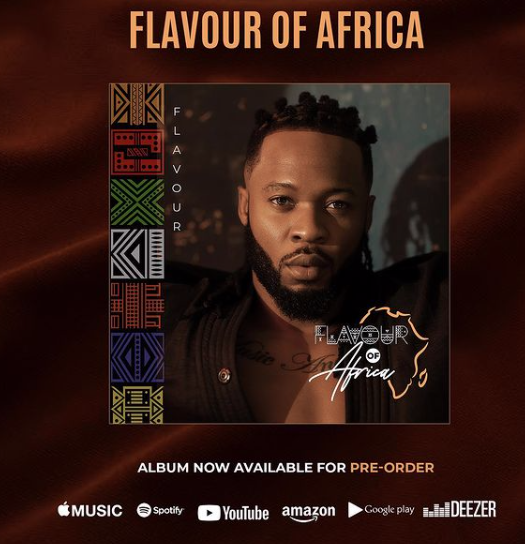 “#FLAVOUROFAFRICA?
ALBUM NOW AVAILABLE FOR PRE-ORDER!! LINK IN MY BIO,” he wrote.

The album will be a follow-up to his last album, ‘Awele’ as well as his belated 2019 EP with Chidinma.

The album will be released by OneRPM and Flavour‘s 2Nite Entertainment.

It is also currently available for pre-order by clicking this link.

General Gowon Left With Half Of Nigeria’s ...