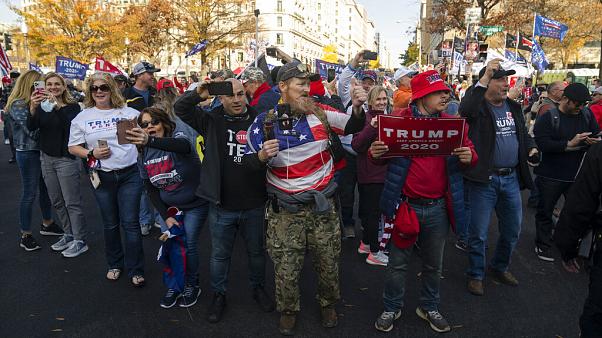 Thousands of Donald Trump supporters rallied in Washington on Saturday, with the president making a drive-past in his motorcade as he sticks to discredited claims that mass fraud denied him election victory.

Several thousand people had gathered by noon on the city’s Freedom Plaza, with more still arriving from all sides, waving flags and shouting “Four More Years” in a festive atmosphere reminiscent of a Trump rally.

Rosie Aborted Our Baby Without My Knowledge ...