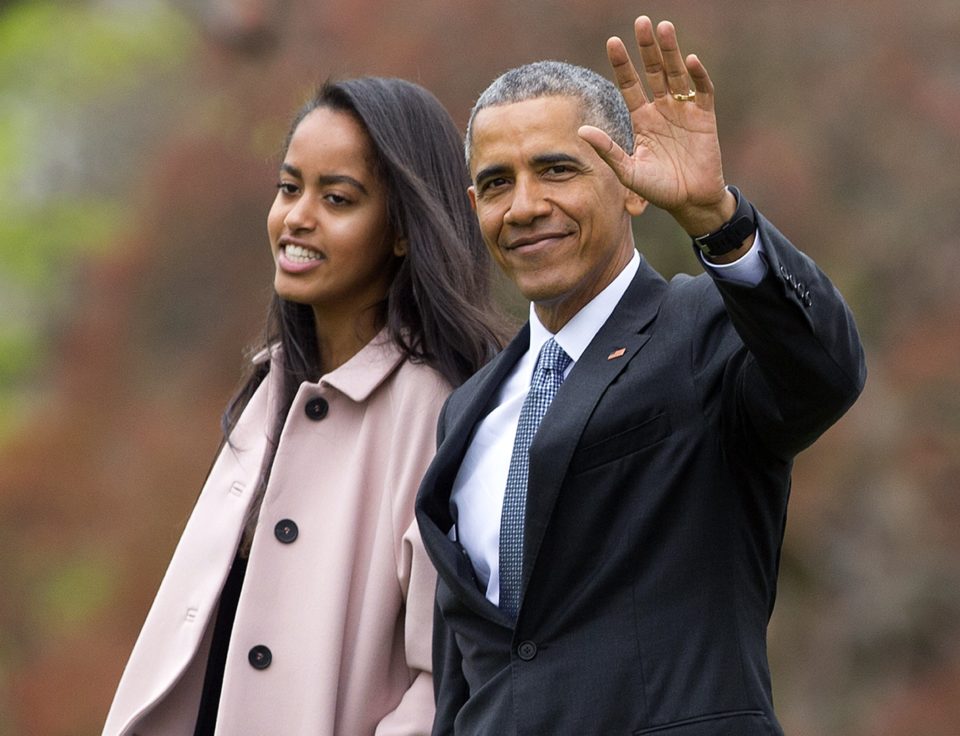 Barack Obama reveals some behind the scenes glimpses of his life in the White House in his forthcoming memoir, including problems in his marriage and how the stress of the job increased his smoking habit.

The 768-page book, entitled ‘A Promised Land’ and out on November 17, focuses on Obama’s early political career through is first term in the White House. But the book also features some human interest stories, including his struggle to quit smoking.

Obama admits that he would sometimes smoke eight or nine or ten cigarettes a day and look for a ‘discreet location to grab an evening smoke,’ in the memoir, a copy of which was obtained by CNN

And he credits his eldest daughter Malia with getting him to quit, writing she ‘frowned’ at him after ‘smelling a cigarette on my breath.’

He said he ‘ceaselessly’ chewed nicotine gum to stop.