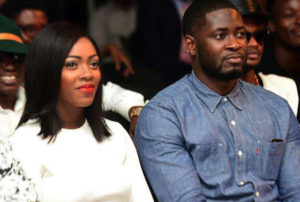 Popular Nigerian music star, Tiwa Savage, in a recent interview with Ebuka on BlackBox talks about her messy breakup and meeting her ex-husband, Tunji ‘TeeBillz’ Balogun, for the first time.

The sultry singer talked about how they went from being business partners to becoming husband and wife and later going through one of the messiest divorce scandals that left TeeBillz feeling suicidal.

According to her, she needed someone who could help her transition to the Nigerian music industry and was introduced to Tee Billz. They met for the first time in Los Angeles during Timaya‘s concert after she walked up to him.

“So one of the guys was like ‘stop going to all these American A&Rs they don’t get it, there’s this guy they call TeeBillz they have this song called Yebariba with Sauce Kid and they killed it. So I sent him my CV he was like they will call you and he never did. Then Timaya had a concert in L. A and I went,” she said. 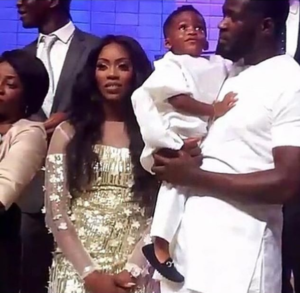 As a result, what started as just a manager-artist relationship grew into a blossoming romance.

“I use to drop him off at the houses of different women. I’ll be like ‘which one is this one again.’ There was a time the press were speculating that we were dating and we weren’t dating. It just happened…when you spend all day with the same person…we just grew,” she said.

“He was just someone who had my back and we would discuss everything. It started off with the nice compliments ‘you look nice’ and I’ll be like hmmm. Then I’ll go look at myself in the mirror. I started doing extra to get to impress him to get that compliment every day and I was getting it. Then I was ‘I think he likes me.’

Please watch the full interview below.