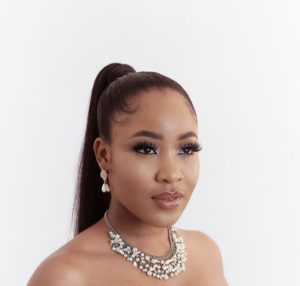 BBNaija Star Erica has revealed her great displeasure about how her fans are always expecting her to do more.

According to her, this is not possible, ranting on Twitter and stating her displeasure, also talking about how she has been having problems with people she met after BBNaija. 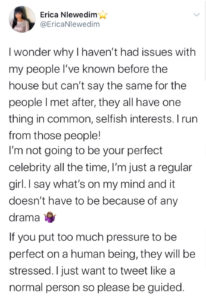 Check out what some of her fans had to say about this. 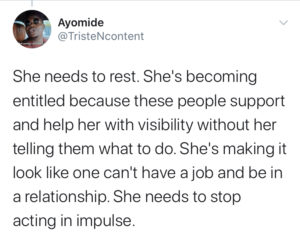 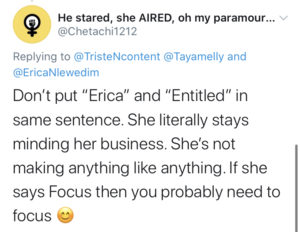 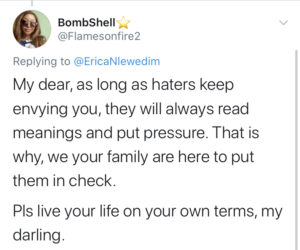 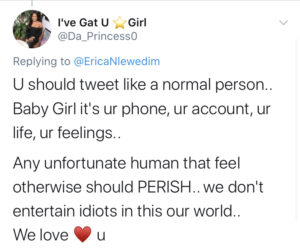 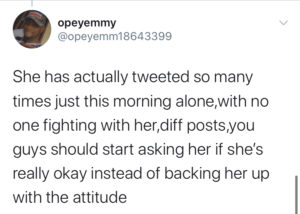 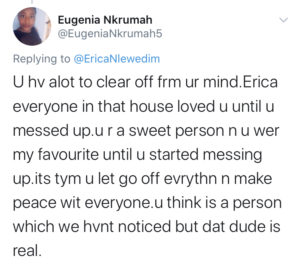 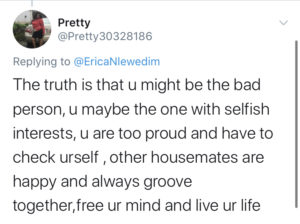