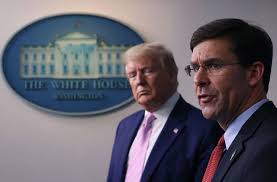 President Trump has dismissed Defense Secretary Mark Esper on Monday, saying in a Twitter post that he had “terminated” his Pentagon chief and replaced him with a new acting secretary.

Mr. Trump appointed Christopher Miller, who had been confirmed by the U.S. Senate as the director of the National Counterterrorism Center, to be acting secretary of defense. 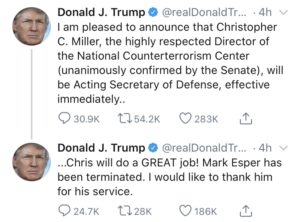