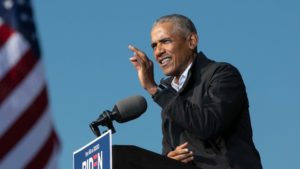 Former President Barack Obama has weighed in on the election of his former VP Joe Biden as the 46th president of the United States and Kamala Harris making history as the first woman and person of color to be vice president.

Barack Obama was a powerful force for Biden on the campaign trail this year. Not only did the former president speak glowingly and with obvious affection of his longtime friend, he played the role of attack dog, as well.

Obama took to Twitter to offer his congratulations with a statement 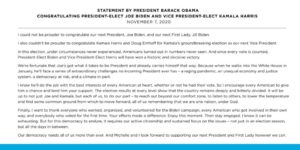 I’m Honoured You Chose Me, Biden Thanks ...