US Election 2020: Meet Oye Owolewa, The First Nigerian To Become A Congressman 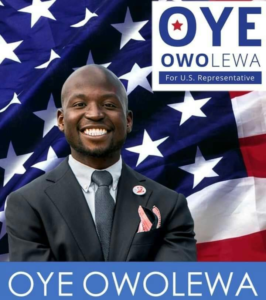 A Nigerian man based in the United States of America, Oye Owolewa has become the first Nigerian congressman.

This was revealed in a tweet by the All Progressive Party, APC, UK which reads;

“1st Nigerian-American to be elected to the US Congress emerged on Wednesday morning with @followKWSG State born, Mr Oye Owolewa (@AdeoyeOwolewa) being elected as a Democrat to represent Washington D.C.