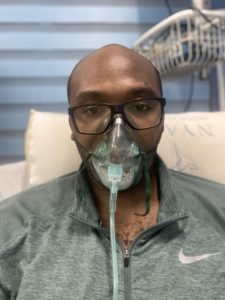 Co-founder and CEO of Iroko TV Jason Njoku who tested positive for Covid-19 sometime ago has been reported to be on an oxygen support due to escalation of the disease.

The media mogul tested positive for the virus sometime ago together with his wife but fortunately for the couple their children weren’t affected by the virus.

On Wednesday Mr. Njoku took to twitter to give an update of his health. He wrote: “Thanks all for your wishes. The kids all tested negative so they’re fine.

@MrsMaryNjoku other than minor fatigue is fine. Me? This thing beat me up at home for a week.”

He also stated that since Monday he has been on oxygen support as he battle with serious fever and difficulty in breathing. 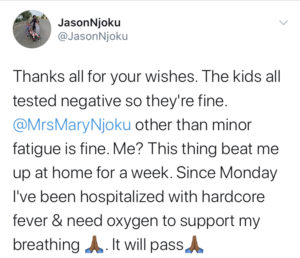