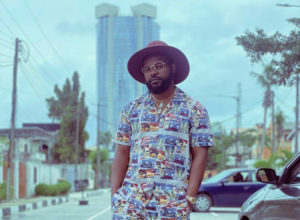 Rapper Falz has reacted to the lies of the Nigerian government as they try their best to cover-up what happened at Lekki tollgate.

According to him, the leaders are embarrassing themselves with all these lies as it’s so obvious and evident that they are lying one way or the other.

After the incident, the Nigerian army denied claims of being at Lekki tollgate but later claimed the governor invited them, the governor on the other hand confirmed the army was there but no one died.

Moving forward, the Attorney General has now claimed it was hoodlums dressed in military attire, and reacting to all these Falz described them as an embarrassment. 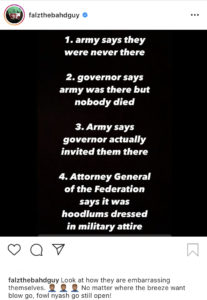