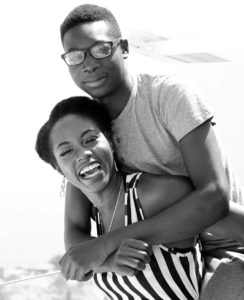 Former Big Brother Naija housemate, Khafi Kareem, has revealed that she wants the killers of her brother, who was assassinated to be apprehended and prosecuted.

This according to a post on her Instagram page is her wish as she celebrates her birthday today, November 3.

It would be recalled that Khafi’s brother, Alexander was shot on his way home from a store in Shepherd’s Bush, West London on June 8 2020.

Sharing a picture she took with her brother, the reality star wrote; 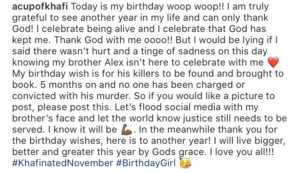