Nine Nigerians To Contest In US Elections Tuesday 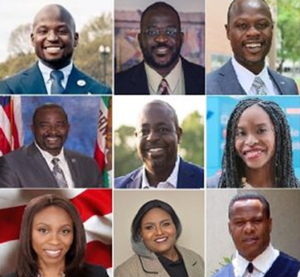 No fewer than nine Nigerian Americans are on the ballot in Tuesday’s general elections in the United States.

Running mostly on the platform of the Democratic Party, the candidates are bidding for different offices at the federal, state, and local levels.

NAN reports that besides the presidential election, governorship polls are holding in 11 states and two territories, in addition to other state and local elections.

Congressional elections are also holding on Tuesday with all the 435 seats in the U.S. House of Representatives, and 35 of the 100 seats in the Senate up for grabs.

‘Over 1 Million Nigerian Youths Have Applied ...