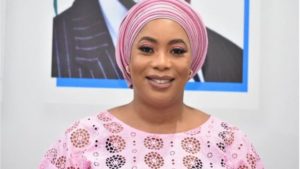 Lawmaker Mojisola Ali Macauley has been dragged for claiming she donated a borehole by an NGO she commissioned in her constituency.

Posting a photo of the event on her Twitter page, Mojisola claimed ownership of the borehole donated by an Arab NGO after commissioned.

Netizens reacting to that asked her to explain how she became the donor of a borehole funded by an NGO quizzing whether the word donor has a different meaning.

The lawmaker has been exposed and dragged on social media after a video of her saying most Nigerian youths are high on drugs. 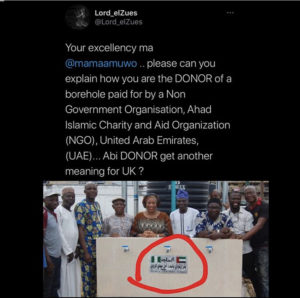 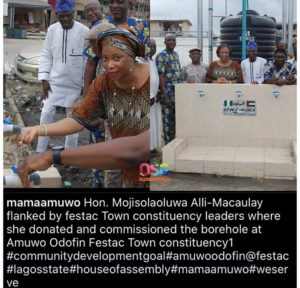