If You Want To Shut Down Social Media Like China, Then Include Death Penalty For Corrupt Politicians – Rudeboy Says 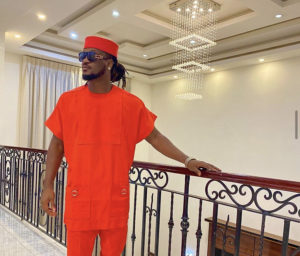 Singer Rudeboy has reacted to rumors of social media being shut down in Nigeria asking the leader to introduce the death penalty for corrupt leaders as well.

According to him, if the leaders are eager to regulate or shut down social media just like China, they should also introduce the death penalty for corrupt leaders just like China is doing.

Nigerian politicians are so determined to cover up the sad incident that happened at Lekki tollgate a few weeks ago hence have decided to regulate social media.

With all this in mind, Rudeboy has suggested to the politicians to also introduce the death penalty for corrupt politicians so they can also be held accountable when they are in office. 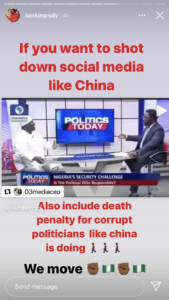