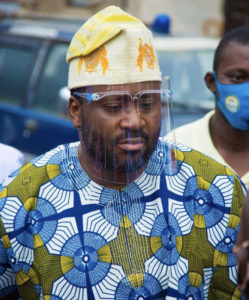 This comes after a Twitter influencer made an unfounded allegation that Desmond Elliot, a member of the Lagos State House of Representatives pushed for a bill against social media to be passed.

According to Desmond Elliot in a video posted on his verified Instagram page, he denied ever supporting the agenda whatsoever and slammed the Twitter Influencer for not verifying the claims before tweeting about it.

He captioned the video and it reads,