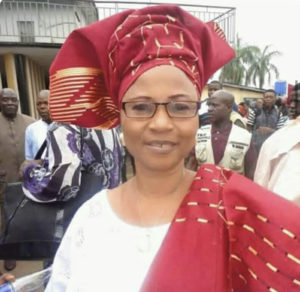 Yoruba Nollywood actress, Mrs. Eniola Kuburat has reportedly passed on a few weeks after battling with an undisclosed illness.

As stated By Nigerian actor Kunle Afod via his official Instagram account another Nollywood actress is dead.

Taking to his official social media page, he disclosed that Late Mrs. Eniola Kuburat died after a brief moment illness.

One of the yoruba nollywood Actress

After a brief illness”