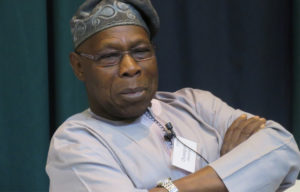 According to Adesina, Obasanjo told Buhari at a virtual meeting of heads of states on Friday that he “made points that I believe need to be commended”.

The Presidential media aide made this known in a statement titled, ‘How EndSARS Protest Was Hijacked; Misdirected, President Buhari Tells Former Heads Of State’.

Adesina quoted Obasanjo as saying, ”I commend the speech of last night. The nation had been waiting. You made points that I believe need to be commended. Peaceful demonstration is part of democratic practice. The demands of the genuine protesters were accepted, and you are working on implementation. We commend you.”