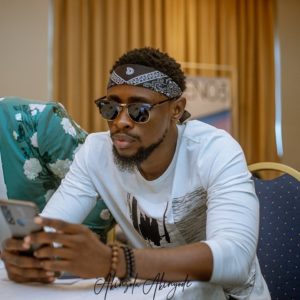 BBNaija season 5 housemate Tricky Tee, was accused of taking asking for money before lending his voice to the endSars protest.

This accusation made a lot of people angry, because of how sensitive and important this endSars protest is, hence causing people to bash him.

However according to Trickytee this is not true, per his account he has participated in the protest both online and offline, defending himself and deny that accusation. 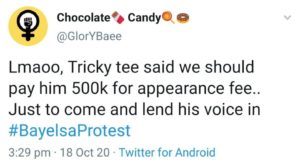 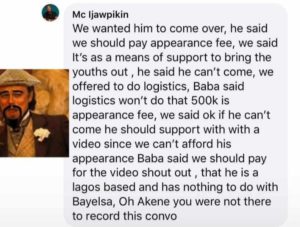 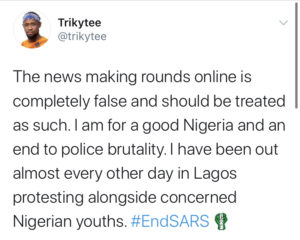