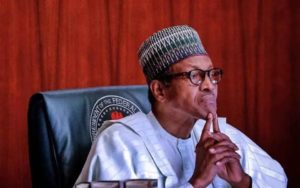 The President of Nigeria, Muhammadu Buhari has stated that its right for the youth to stage a peaceful protest however he warned the criminal elements taking over the protests in the country.

He made this disclosure during a meeting with Mr. Sunday Dare, Minister of Youths and Sports Development. He promised to put into effect the demands of the protesters.

“He appreciates the fact that they have brought the SARS issues to the fore through their peaceful protest.

“He recognises the fact that they have called upon the government to do what is necessary and that as the President and a father, he will make sure that the demands as put forward are met.

“The President said that as far as he is concerned, it’s important to allow the younger generation to exercise the freedom to protest and make sure that such protest is in a peaceful manner.

“He said that part of the demands that were made is to make sure that those protesting are protected and that any police officer that has in one way or the other attacked any protesters be brought to book.

“So the President thinks it’s a fundamental right, he thinks so long as the protest is peaceful and focused.