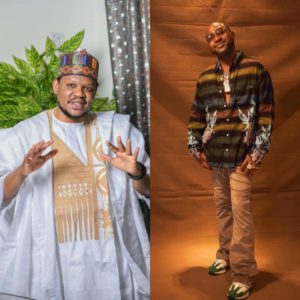 He said this following Adamu Garba’s threat to sue Twitter CEO, Jack for supporting the ongoing #EndSARS #EndSWAT protest going on in the country.

According to him, Jack has no business in the government of Nigeria and should stay out of it. Adamu’s reactions have been condemned by Nigerians on Twitter as some people he has no right to threaten Jack for choosing to stand for the right thing.

Davido reacting to the tweet. He sent a reply to Adamu asking him to ‘FEM’ (SHUT UP). 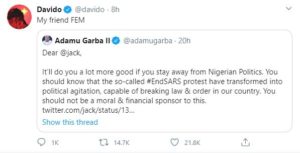 Falz Pens Down A Letter To President ...