SARS Has Been Disbanded, No Need For Any Protest – President Of Senate, Ahmed Lawan 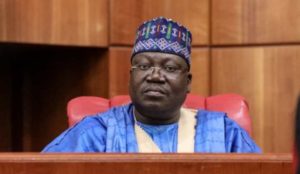 Ahmed Ibrahim Lawan who serves as the President of the Nigerian Senate has pleaded with the youth to end the #EndSARS campaign after the IGP disbanded the SARS.

On Tuesday, October 13, Lawan made this disclosure saying;

“The protest has yielded the desired result so far and there won’t be need to continue the protest again when SARS has been disbanded and those culprits who are involved in the killings should be brought to book,”

EndSARS: “Once We Are Done Fighting Against ...