IGP Sets Up New Police Unit To Take Over From SARS 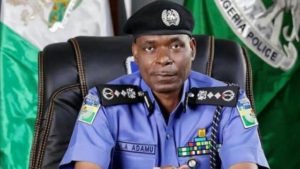 SWAT will replace SARS and this was revealed by the Inspector-General of Police, Mohammed Adamu in a recent statement he released.

“Meanwhile, the IGP has set up a new Special Weapons and Tactics (SWAT) Team that will fill the gaps arising from the dissolution of the defunct SARS. Prospective members of this new team will also undergo psychological and medical examination to ascertain their fitness and eligibility for the new assignment.

Cardi B Accidentally Leaks Her Own Nude ...