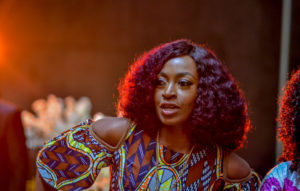 Nollywood actress Kate Henshaw has advised Nigerians to remember to use the same energy they used in protesting against SARS to cast their votes.

According to her, coming 2023 Nigerians shouldn’t forget their voter’s ID cards and come out in their numbers with this same energy to elect someone better to lead them.

From the look of things, people are tired of President Buhari and his administration hence are taking the opportunity to demand more and campaign against him in the next election.

It’s left with almost 3 more years for the general election, will the people be able to keep this same energy till then to chose someone else to lead them? 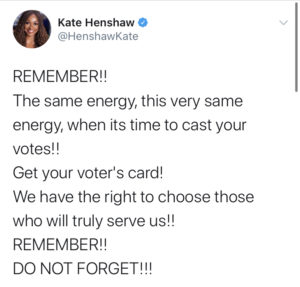 ‘A Police Officer Would Profile You Because ...