We Won Our Fight to End SARS – Wizkid 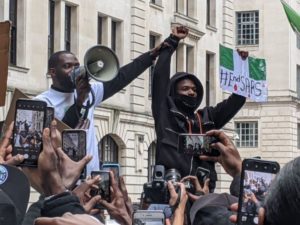 The decision to dissolve the notorious unit was announced on Sunday by the Inspector General of Police after five days of protest across the country and London.

Wizkid joined the London protest, led by reality TV star, Mike Edwards, on Sunday and couldn’t be happier after he heard the decision. 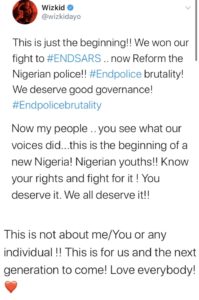