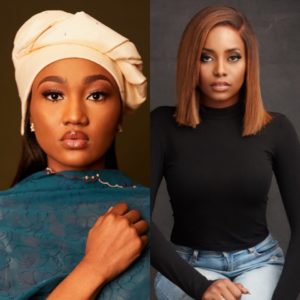 Daughters of the President and the Vice-President on Saturday took to social media to join the #EndSars protest which seeks to stop police harassment, brutality and extrajudicial killings.

Zahra Buhari-Indimi, who is the daughter of the President, posted a photo of clenched fists on her Instagram status with the words, #EndPoliceBrutality. 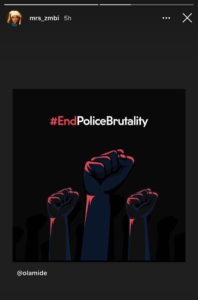 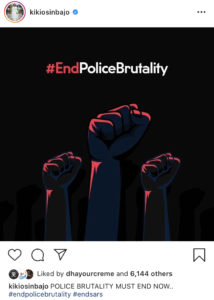 However, many Nigerian youths asked them to convey the message to their fathers directly as this would be more effective than a mere social media post.

Thousands of youths have since Thursday been publicly protesting the excesses of the men of the Special Anti-Robbery Squad of the Nigeria Police Force.