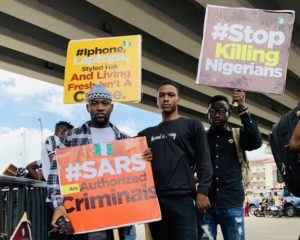 The hashtag EndSARS protest has gained momentum on social media as international artists have added their voices to the outrage over the brutalities carried out by the SARS.

International celebrities from all over the world have joined the fight against the SARS as they want justice to be served at the end of the day.

Celebrities including Trey Songz, Big Sean, Chance The Rapper, Estelle, and Nasty C have called the brutalities perpetrated by the SARS as uncalled and unneccesary in today’s world. 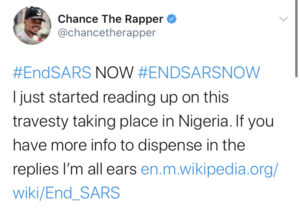 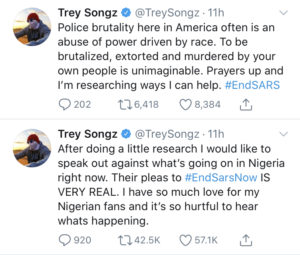 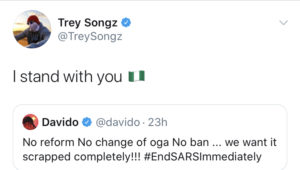 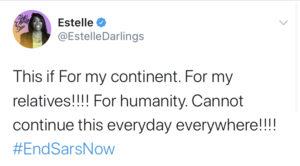 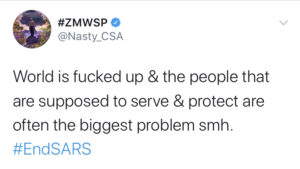