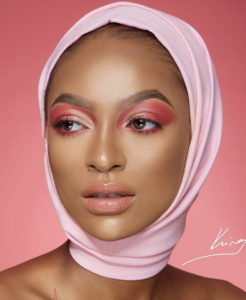 The anti graft body stated that Adeherself was re-arraigned for alleged internet fraud before Justice Sherifat Solebo of the Lagos State High Court sitting in Ikeja.

EFCC had on June 16 announced the arrest of Adewale alongside four others for alleged internet fraud.

The commission said Adewale,and her accomplice, Lamina Hamzat Ajibola, were arrested at the Agungi area of Lekki, Lagos State.

EFCC, however, stated that Adewale was charged to court based on evidence found in her possession.

She was eventually released on 24th July after meeting her bail terms.