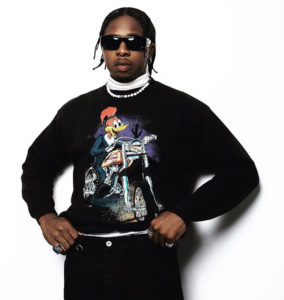 Nigerian singer, Douglas Jack Agu popularly known as Runtown has revealed his intentions to continue with the planned protest on Thursday.

Recall that he took to Twitter some days ago and lent his voice to the ongoing SARS violence as he said he would lead a planned protest against the SARS on Thursday 8th October.

His tweet read: “This has gone long enough and now we MUST take action! I’ll be leading a protest to #ENDSARS on Thursday, October 8th, 2020. They MUST listen to us, they MUST make/effect REAL and VISIBLE changes! Empty promises won’t work this time!!!

He has confirmed the protest as he has renewed his commitment to lead the protest. He wrote: THURSDAY IS THURSDAY